As 22-year-old Aisha Uddin recites Surah Al-Fatiha – the first chapter of the Koran – at home with close friend Sameeah Karim, she may stumble over one word but otherwise the text is perfectly recounted.

But unlike Sameeah, 35, who has Pakistani heritage and grew up reading the holy book, Aisha is newer to it: she used to be called Laura and only convrted to Islam two years ago. 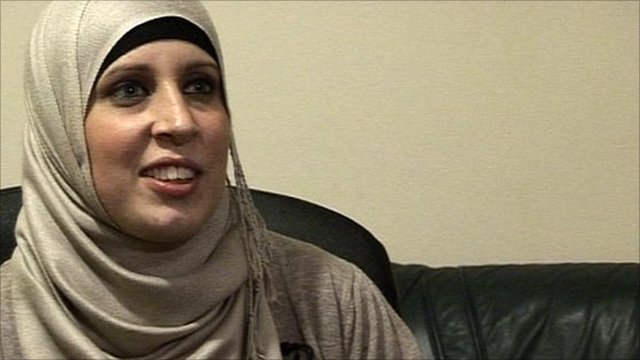 Aisha Uddin: 'It's a change I'm happy I've made'

She is pale and has bright blue eyes; originally from Birmingham, until recently she dressed like many other young white British women.

“Before it was the jeans, the hoodies, loads of make-up,” she says.

“For me now, obviously it’s a dramatic change, but it’s a change I’m happy I’ve made, because now I don’t have to prove myself to anybody out there.”

Aisha took an interest in religion at school – and started quietly visiting her local mosque to find out more.

“Islam caught my eye and I wanted to look further into it – the people, the culture – and I carried on studying it and studying it, even after school. Living in Birmingham, I was surrounded by the religion.”.