Home Events Women and Power: The role we play in bringing about positive social change

Women and Power: The role we play in bringing about positive social change

Women & Power: The Role We Play in Bringing about Social Change

In October 2012, Salaam Shalom welcomed to Bristol two speakers from the Middle East, Malaka Samara from Palestine and Leeba Gilad from Israel. Both speakers represented OneVoice, an international grassroots movement that aims to ‘amplify the voice of Israeli and Palestinian moderates’ in support of a two-state solution to the ongoing conflict. This event was held in partnership with Bristol Muslim Women’s Network, Bristol Multi Faith Forum and One Voice Movement 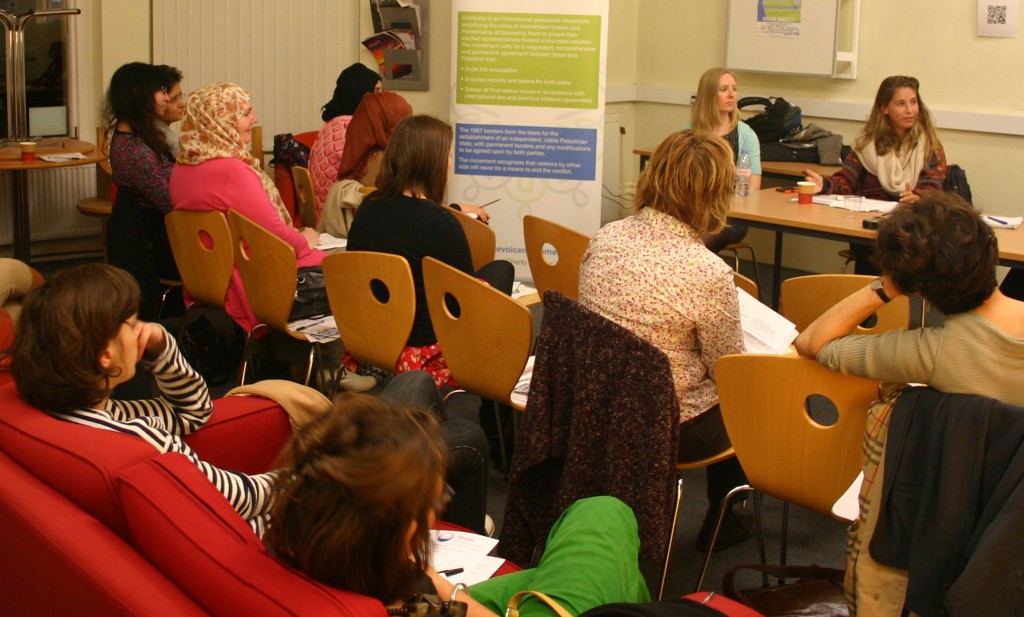 Leeba shared her experiences of the projects and campaigns she has been involved in, since joining OneVoice in October 2011. She spoke in particular about an art intervention held in August 2012 Tel Aviv, where hundreds of people congregated around an enormous ice wall, symbolizing the “freeze” in peace talks. The ice wall contained posters with information on dozens of under-funded social programs in Israel. Leeba also shared her belief that women in particular are desperate to see a peaceful end to the conflict, for the sake of their children.

Malaka then spoke from a more personal perspective, sharing her experience of choosing to campaign with OneVoice while coming from a very orthodox Muslim family. Malaka believes she has an important role as a Palestinian, to help bring a peaceful end to the conflict. Malaka then led a short meditation, which helped prepare the group for constructive discussions.

The first discussions themed around the role of women in activism; some interesting comments included, the recognition that gender roles and behaviours are not clearly defined as we are all individuals, yet there is still a great deal of expectation on both sexes to fulfil certain roles. It was acknowledged that women are still under-represented in positions of power, yet it was also recognised that women are often highly influential without being in the limelight. 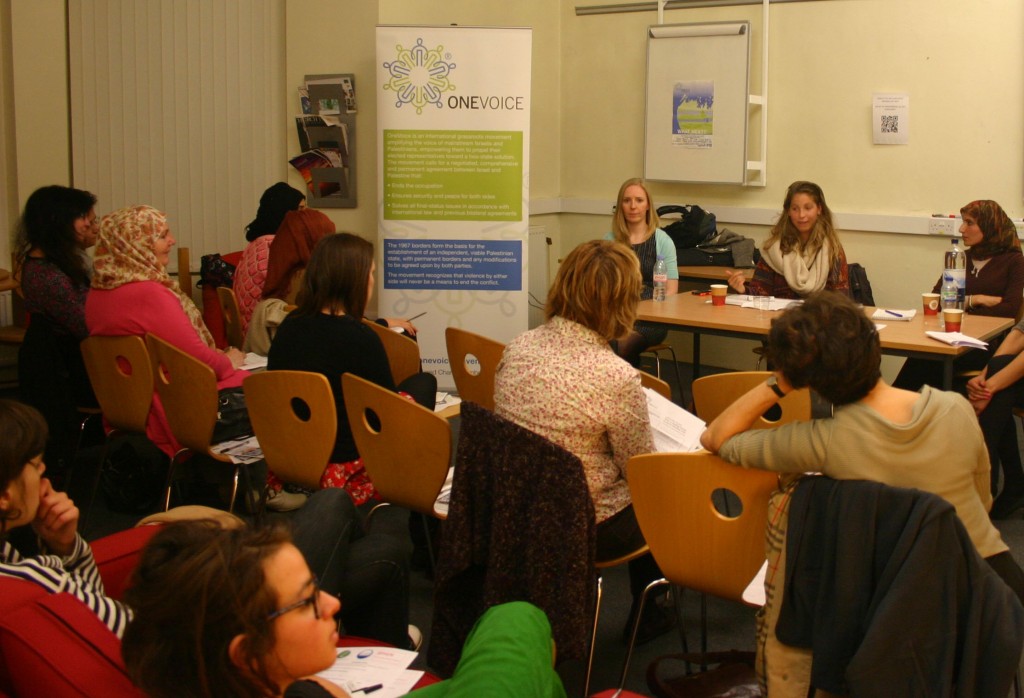 Following this, were discussions about solutions to the Palestinian-Israeli conflict, where some members of the group challenged a two-state solution and others wanted to know how OneVoice impacted on a political level. Sharon Alsoodani- Director of OneVoice spoke about their work on a strategic level in consultation with members of government and also talked about their Youth leadership programme where young Palestinians and Israelis are given training in conflict resolution to make a difference in their communities.

As the evening drew to a close, discussions went on amongst the group. Feedback was very positive, thank you to all that attended and participated for making this such a stimulating event.

If you missed this event but would like to be kept updated for future events, please email info@salaamshalom.org.uk to request being added to Salaam Shalom’s mailing list.