In March Salaam Shalom provided a residential week for young people of all backgrounds in partnership with Ammerdown, an interfaith retreat in Somerset. Here three participants, Tom, Emma and Maz, reflect on their experiences at Ammerdown.

Over the course of 5 days, Maz, Emma and I took part in a residential courtesy of Salaam Shalom, an organisation keen to promote dialogue of all kinds between young people. I went to Ammerdown with an open mind, even to the Buddhist meditation which left me as I was – uptight and tentative. Still, I’ll try anything once except incest and morris dancing, though watching Russell Peters draws the line somewhere near the former. I think of ‘atheist’ as a shoddy word often inexorably linked with ‘materialist’ and ‘pessimist’, but would never protest if bundled under that label. It’s just simply not that I don’t believe in God(s), but that I don’t know or claim to know the mind of this deity, knowledge I view as man-made and positively unattainable.

I find my beliefs are largely unmoved, but through the Salaam Shalom programme I am all the more richer culturally. It was utterly fascinating to be a part of a Passover seder meal, which involves an analogical meal – including mellow Israeli wine – and the joint, jaunty singing of songs in Hebrew. A highlight was the opening of the front door for Elijah’s spirit to join the table and help himself to a modest meal laid out in Judaica porcelain, after 5 seconds of which a young boy declared ‘He’s not here!’, followed by many a ‘Perhaps there was nowhere to park’ joke.

Everybody in our group engaged well in debates, with one comment often sparking off a thought in someone else, and so on. The times I learnt the most was listening to others, and trying to absorb a simulacrum of the way they see the world: impossible, but interpersonal understanding is one of our better traits. Still, I found myself often immersed in dialectics of one kind or another throughout the residential, whether with seven other people or just in my own head. I never felt trapped at Ammerdown, only liberated; no question was too contentious, no belief dismissible. Ultimately, this journey nicely coincides with my timely discovery of the work of Graham Greene, specifically his beautiful novel The Heart of the Matter which at one point states:

‘How often, he thought, lack of faith helps one to see more clearly than faith.’ 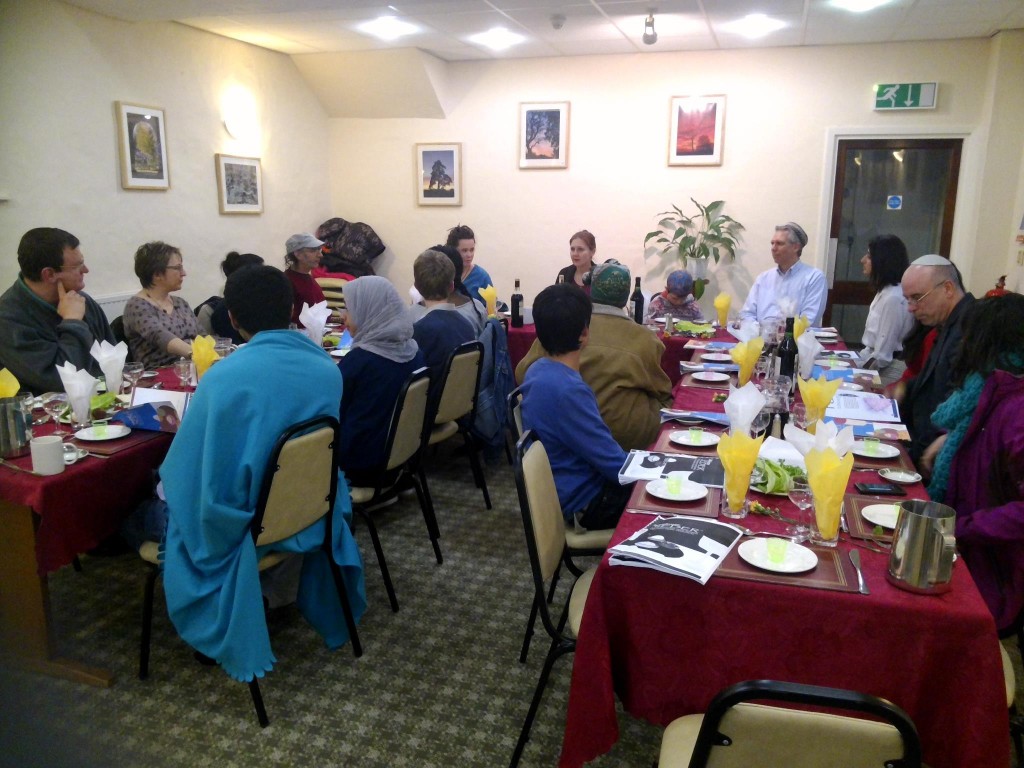 Ammerdown was a really trying and self evaluating time for me personally, with hindsight I can now appreciate how it has helped me refocus certain aspects of my life.

In particular, our Wednesday morning spiritual reflection session was led by John Preston on Buddhism. Funnily enough, with my Christian background, you wouldn’t have initially expected this Buddhism session to be the one that got to me the most, as opposed to the other Christianity-based sessions earlier on in the week. However I appreciate the fact my lack of familiarity with Buddhism; the concept, beliefs, et cetera; engaged me all the more.

The session was fragmented, with the first section consisting of Preston discussing his life; from being a senior Social Services manager, a counsellor, a lecturer in adult education to his five years of training as a monk at a Buddhist meditation monastery to his current life. Afterwards we had a brief discussion which included asking him our own questions. His honesty and consciousness to not feign being omniscient as if he had all the answers is why I hold him in high esteem because it’s so refreshing to experience such candour.

The last part of the session was a meditation led by John (feels weird calling him Preston, first name basis guys!). I’ve always wanted to successfully meditate but living the city life you never seem to get the chance to and this just seemed like the perfect opportunity. Once we got going I really noticed the Achilles heel of my meditation efforts – my impatience. John’s breathing exercises seemed to go on for so long but what I’ve realised is the meditation worked then for a reason, he seriously knew what he was doing. When I reflect on the actual meditation part it’s hard to describe it. But if I had to pick three words: clarity, consciousness, free.

And it’s the best thing I’ve felt in a long while. 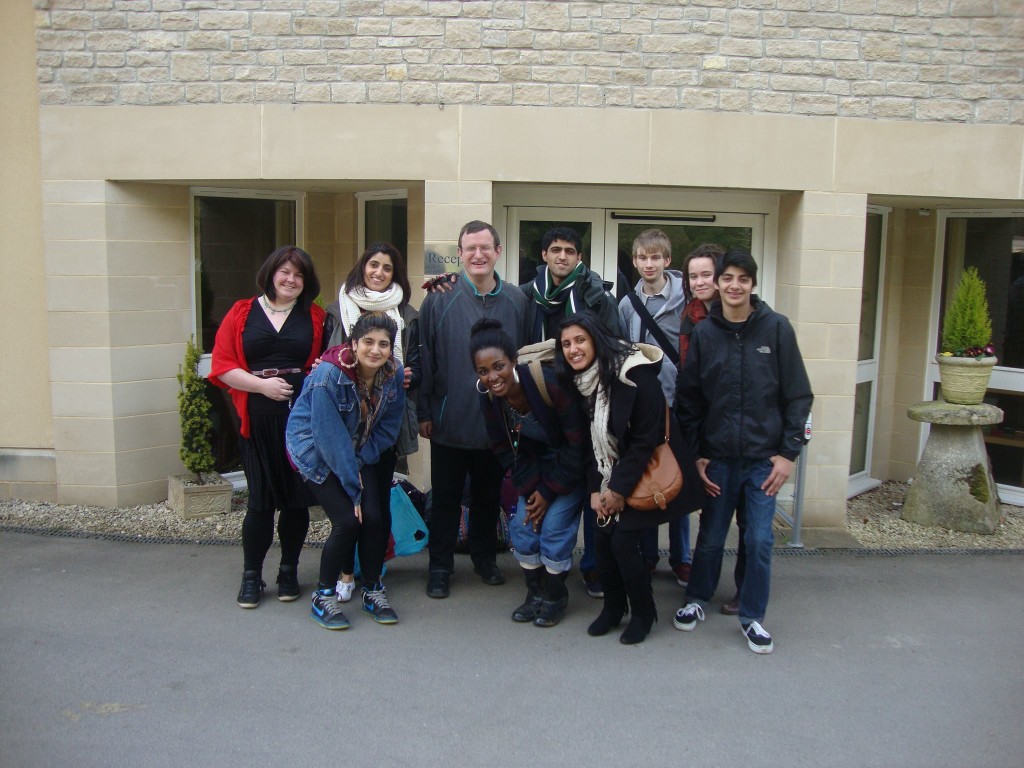 People. Caring, considerate people everywhere. Ammerdown was an awesome experience for me. I truly loved spending my five days there and spending it with people who I, whether or not I knew them before, developed such a strong bond with. Obviously, it was good to even just get away from Bristol for a while and reflect. Courtesy of Salaam Shalom, we participated in three days worth of workshops and activities (and vegetarian meals), all of which I took something from, whether it was due to the actual activities or the debates they provoked. I felt comfortable during these group discussions and as a result of this, I probably expressed my opinions more confidently than ever before. When I truly felt the love and bond we shared for each other was when I fell ill and everyone seemed so concerned and kept asking me if I was okay. When it came to it, there was someone holding a bucket and reassuring me while I puked. Surprisingly, no-one ran away and I never felt embarrassed.

The final day was very interesting as it consisted of a poetry slam competition (organised by Shagufta Iqbal). For the competition we were put into pairs where we had to put together a poem and perform it. We were judged on our writing skills, performance and audience response. It was nice to end with us collaborating and creating something physical, something everlasting (hopefully) in a way, and then showcasing it to each other. Even when I looked at the program before getting there, this poetry day had intrigued me; I knew I would leave me feeling better equipped to write, even if it was only me discovering Polarbear, and it did. It’s at Ammerdown where I wrote my first ever, what I would call, “official poem”. Being given a broken apple, that someone had been throwing around, to write about, this is what I came up with:

Also, I can’t forget to mention the awesome last night we had. It was probably the first time I’ve danced to bhangra music in front of an audience. Sadly though, the videos of this were accidentally deleted.

This was originally posted on the Young Arnolfini Blog.